[EVENT] - Return of the Golden Colossus!

Return of the Golden Colossus


The continent of MU is under attack! Protect the land from an invasion of Golden Monsters
to unlock random rewards which may include zen, jewels, or rare Golden Apples. Collect
the most Golden Apples by the end of the event period to win an exclusive ~6" 3D printed figure of the MU Golden Knight with Dragon Armor from Sandboxr (personalized with the winner's character name)!

Golden Goblins have been released into the lands of Kanturu, Aida, Tarkan, Karutan and
Acheron. When defeated, these creatures may drop a Book of Invocation that will summon other Golden Monsters. This includes the Golden Tantalose, Golden Erohim, Golden Hell Maine and Golden Kundun.

Capture each Golden Monster for a chance to retrieve a new Book that will summon the
next level of monster. Each Golden Monster will unlock random rewards which may
include zen, jewels, Wings of Angel and Devil. Defeat the Golden Hell Maine or Golden
Kundun for the opportunity to obtain rare Golden Apples.

At the end of the event period, the player who has collected the most Golden Apples will
win the GRAND PRIZE from Sandboxr, an exclusive ~6" 3D printed figure of the MU Golden Knight with Dragon Armor (personalized with the winner's character name)!
The next three runner-ups will receive an extremely rare 4" 3D figure of the MU Online
Knight with Dragon Armor and the subsequent 100 players will receive 500 W Coins (P).
* Only one reward per player. 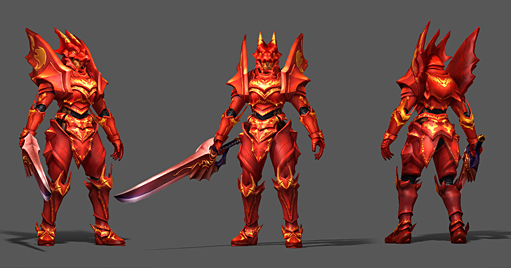 Sandboxr has to be one of the coolest apps to come out of 3D printing! If you are a
gamer and would cut off your right index finger to own your favorite game character then
you'll be hooked on Sandboxr. Take your video game heroes off the screen and into your
hands. Scrub through your champion's actual animations, change facial expressions, add
weapons, fine tune posing, then... 3D print! It's like being a kid again waiting for the next
best toy, except this time you get to choose the character, the pose and the fight scene
you want. www.sandboxr.com