How to enter Tormented Square (Battle)

All users can access to battle core server with their account and character of the normal server while connecting to normal server. 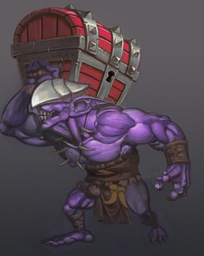