Dark Wizards study the mystical arts, crafting the elements of nature into powerful spells such as Fireballs, Aquabeams, and even Ice Storms.
They have the highest Energy of all the character classes. 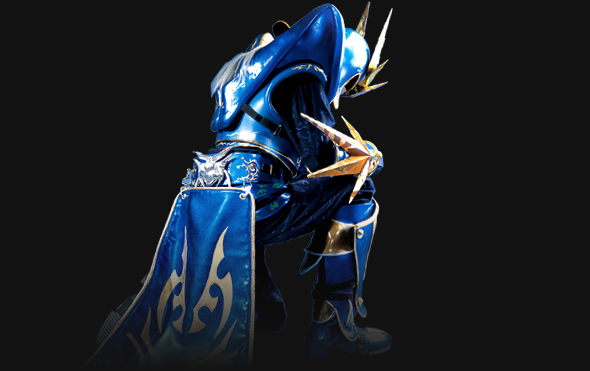 Fire Ball
Even novice Dark Wizard can master this simple technique easily.
By shooting a huge tongue of fire, it gives a massive damage to enemies.
Power Wave
It shoots a wave of force towards the enemy.
Power Wave digs under the ground and moves toward the enemy to deal moderate damage.
Lightning
Lightning spell that can knock enemies back.
Teleport
The Teleport spell allows the caster to relocate himself anywhere within the screen.
They use can use the spell to evade attacks or use it to position for a better attack.
Meteor
This spell summons a meteorite from the heavens to smite opponents.
Ice
The Ice spell has a chance of chilling enemies, slowing down their movement and the speed of their attack.
Poison
The Poison spell conjures poisonous vines that sprout from the ground near target's feet that may slow and poison the target. Poisoned enemies will slowly lose life over time until the poison wears off or is cured.
Flame
The Flame spell summons a pillar of flame which causes continuous damage on all creatures it touches.
Twister
The Twister spell allows the caster to conjure small cyclones that can confuse the enemy whenthey are struck by it.
Evil Spirits
This spell summons spirits to fight on the side of the Sorcerer.
This damages all opponents within the sorcerer's line of sight.
Hellfire
Wizards can conjure hellfire that springs up from the ground and hits multiple targets around him.
Aquabeam
This spell conjures a beam of concentrated elemental water that penetrates through multiple opponents.