Under the protection of Muren and Runedil, Etramu began creating a new barrier by moving the Sealed Stone to Kethotum

with the plan to lure Kundun to Kethotum and completely seal him with the ultimate sealing magic.

If the plan succeeded, Kundun would become one with the Dark God and could never be saved,

but it was too dire a situation to take into account. Etramu's plan was a complete success.

Solely focused on destroying the Sealed Stone, Kundun fell right into the trap.

Even Kundun, infused with the power of the Dark God, was no match against the sealing magic's magic field, made by dividing the Sealed Stone into 8 pieces.

The 8 pieces burned a bright red while letting out a thunderous roar,

and the betrayed Kundun howled in fury as he turned into stone. As Kundun was completely put to rest, the Sealed Stone finally went quiet and came back to its original form.

Etramu immediately gathered the 8 pieces and completed the sealing magic.

Kundun was now forever sealed in Kethotum, the lost city,

and it seemed eternal prosperity had come to MU.

After Kundun was sealed thanks to the efforts of the three heroes, Muren, Etramu, and Runedil,

take control of the mind of Gaion, whom Muren served dearly, and cause a rebellion.

Lemuria tries to undo the seal through Gaion but ends up failing due to Etramu's seal break prevention magic,

killing Gaion and severely damaging herself and going into a thousand-year slumber.

After a thousand years, Lemuria awakens and succeeds in resurrecting Kundun

The resurrected Kundun tries to take control of MU using Secrarium without reviving it,

summoning portals throughout MU to bring in his minions,

turning MU into a burning battlefield once again. 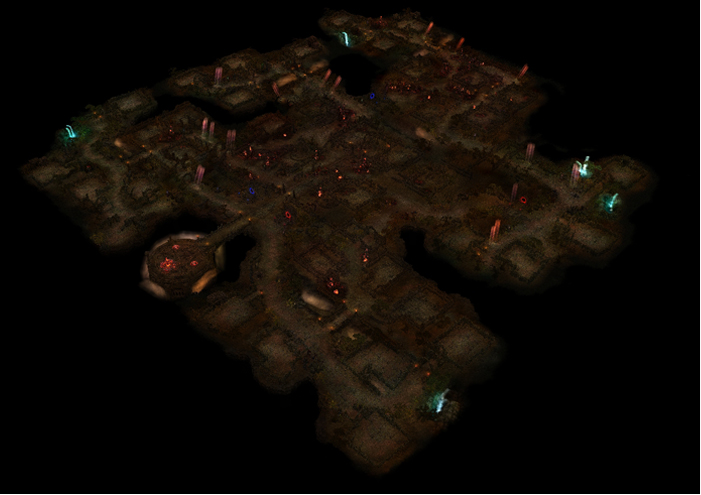 (4) Burning Kethotum is an Elemental Hunting Ground where monsters with certain elements appear.

(6) There is a Safe Zone in the map and if the connection is terminated or the character dies, the character will be moved to the safe zone.

3) You can reach it through the entrance at the Aida Safe Zone.

(4) Old Kethotum is an Elemental Hunting Ground where monsters with certain elements appear.

(5) There is a Safe Zone in the map and if the connection is terminated or the character dies, the character will be moved to the safe zone.